Of all the companies in the electronics realm, Apple is hands-down the most capable of keeping a secret. The sign of an employee leaving a phone at a bar or some Chinese company leaking designs for an iPhone case we typically don’t hear about the next generation iPhone until the official unveil. One of the few places to get a little information about future iPhones comes from the unveiling of new versions of iOS. 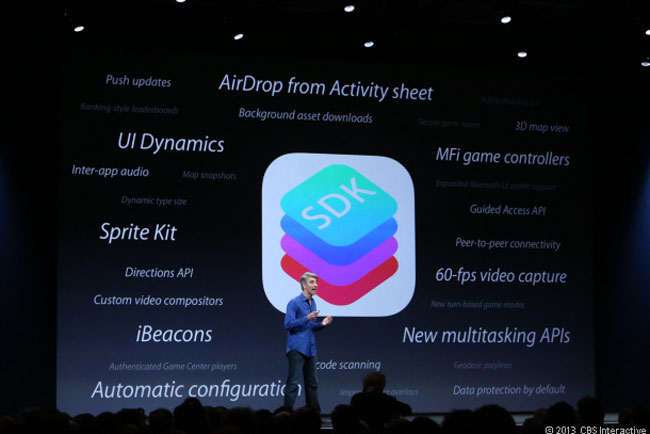 Apple recently unveiled iOS 7 and with the unveiling of the latest version of the operating system comes a few hints at what the next generation iPhone hardware might look like. One of the changes expected to come in the next generation iPhone and probably the iPad is an improvement in the camera hardware used inside the phone. The operating system sports 60 FPS video capture. Currently 30 FPS is standard.

The operating system is also believed to support camera bursts at 60 frames per second. IOS 7 also supports an inclinometer. That is a tool that allows the device to measure a slope, elevation, or decline. Exactly what Apple would use that extra sensor for remains to be seen, but it might help make GPS more accurate indoors and out.