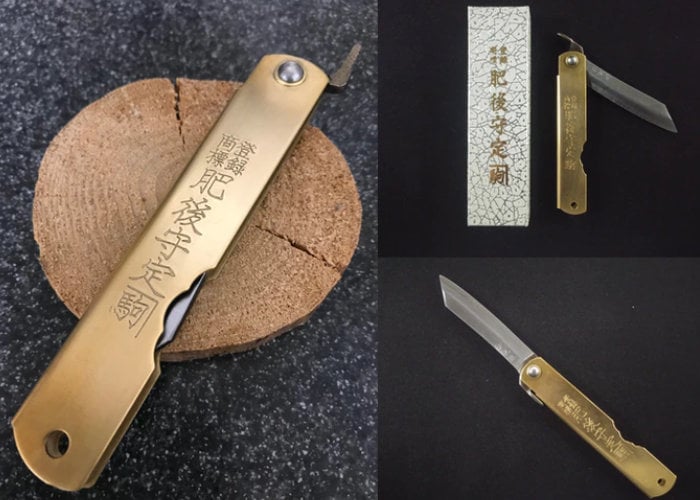 Backer early bird pledges are now available for the inventive project from roughly $50 or £37 (depending on current exchange rates), offering a considerable discount of approximately 15% off the recommended retail price, while the Kickstarter crowd funding is under way. If the Higonokami campaign successfully raises its required pledge goal and manufacturing progresses smoothly, worldwide shipping is expected to take place sometime around October 2021. To learn more about the Higonokami folding knife project view the promotional video below.

“Miki City found in Harima (what now makes up the southwestern part of Hyogo Prefecture found in just west of Kyoto) and is known as a carpentry tool making town not only in Japan but also around the world. The Higonokami Knife and its manufacturing method has been passed down through five generations, and is unlike other tools. This folded knife was first created during the Meiji era (1868-1912), and its creation conforms to old traditional creation methods, forged and tempered one blow at a time. With this in mind, we have created a special model just for Kickstarter Users.”

“We have prepared 4 different types of the Higonokami Knife for this project! Every year our Higonokami knives are highly rated by the International Hardware Forum held in Germany, and has been written about in book JAPANISCHE SCHMIEDEKUNST by Rudolf Dick as well as being given a special 10 page feature in the French magazine PANORAMA.”

For a complete list of all available pledge options, stretch goals, extra media and specifications for the folding knife, jump over to the official Higonokami crowd funding campaign page by clicking the link below.