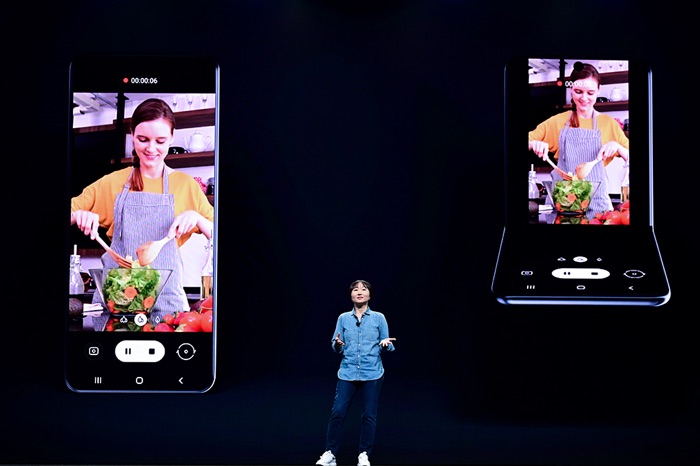 The Samsung Galaxy Fold 2 is expected to launch next month along with the new Samsung Galaxy S11 and now we have some more specifications on the handset.

We recently heard that the device would be unveiled at the Samsung Unpacked event on the 11 of February and now we have more information on the handsets specifications.

We already know that the handset will fold vertically like the Moto Razr and now it has been revealed that the device will be powered by a Qualcomm Snapdragon 855 processor and not the new Snapdragon 865 which will be in the Galaxy S11.

The Galaxy Fold 2 will also apparently come with a 10 megapixel front facing camera for Selfies and video calls, there are no details as yet on what the rear cameras on the handset will be.

We will have more information on the new Galaxy Fold 2 when it is made official at the Samsung Unpacked event on the 11th of February.