We have seen quite a few different controller accessories for the Nintendo Wii, the latest one replaces the Wiimote and nunchuck, the Heckler and Koch MP5 Wiimote Controller.

The Heckler and Koch MP5 Wiimote Controller was snapped by the guys from Pocket-Lint at a trade show in Hong Kong. 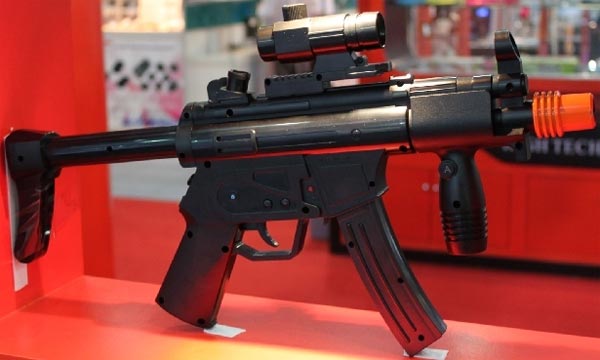 It features a built in rechargeable battery, that can be recharged via USB, and it even has a built in speaker and it will rumble when you get shot in supported games.

There are no details on when we may see the Heckler and Koch MP5 Wiimote Controller in the US and Europe or how much it will cost, it certainly would be a lot of fun to use with your Nintendo Wii.