Some of our readers might remember the Kickstarter funded HDMI Pi Raspberry Pi HD LCD Screen which initially set out to raise £55,000 and finished raising over £250,000 to help it create an affordable small HD widescreen specifically designed to be connected to a Raspberry Pi mini PC.

The Kickstarter campaign finished at the end of November 2013 and since then its creators have been working feverishly to get the project back on track after it missed its February 2014 shipping date. 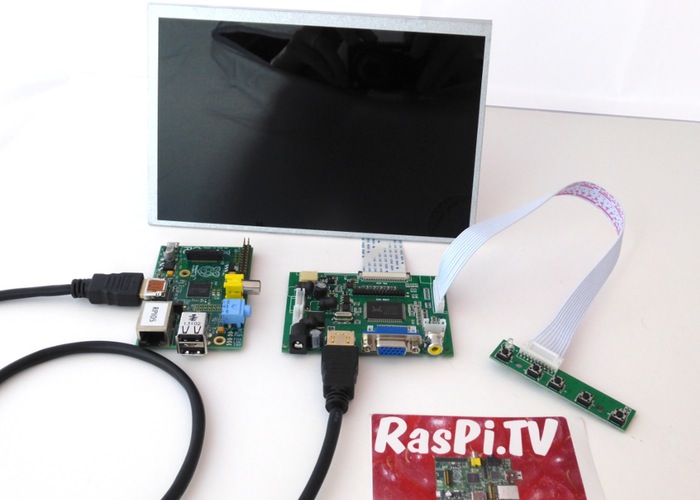 The delay in shipping the new HDMIPi Raspberry Pi HD LCD Screen has been down to creating the televisions connectivity and control board which will now include two HDMI ports which is sure to please Raspberry Pi mini PC owners.

The new features and development of the control board will make the wait worthwhile for Kickstarter backers, and the Raspberry Pi Spy website has already been able to put a beta HDMIPi Raspberry Pi HD LCD Screen through its paces with favourable results.