We have already seen some leaked photos of the new HTC Desire HD as well as a video, now online retailer Amazon briefly listed the HTC Desire HD for sale, with the name HTC 99HKZ001-00 ACE/Desire HD.

It looks like the page was quickly pulled from Amazon, as someone obviously realised that the phone has yet to be announced by HTC, which should happen sometime in September. 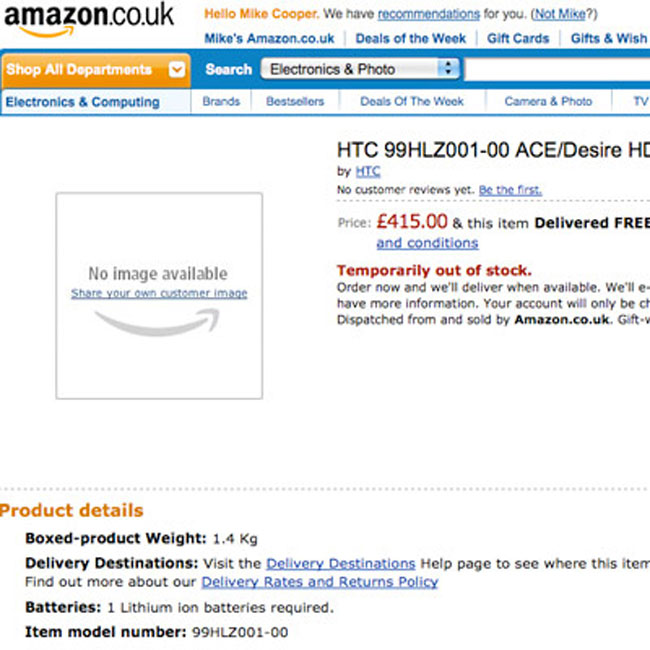 So far we know that the HTC Desire HD will feature a 4.3 inch WVGA touchscreen display, a 1GHz Qualcomm processor, plus an 8 megapixel camera that will record HD video in 720p.

Have a look at the Geeky Gadgets HTC Desire HD Review.