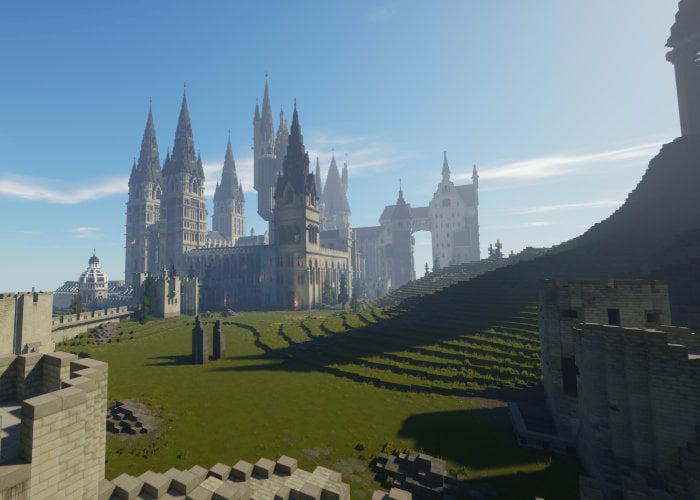 A small team of Harry Potter and Minecraft gamers are recreating the world of Harry Potter in the block building game. Check out the Minecraft School of Witchcraft and Wizardry gameplay trailer below to learn more about the project and the goal of creating an RPG within Minecraft.

“A little more than two years ago we released a recreation of a number of the locations from the Harry Potter Universe. Since then, we have been working on expanding and improving that map, creating a Harry Potter-themed RPG map in Vanilla Minecraft.

We are a very small team consisting primarily of poor students who have spent and continue to spend countless hours making this map. Some people have asked if there is a way to support our project, which prompted us to create this Patreon.

This is a massive project to complete, and any donation goes a long way, and we would be incredibly grateful. As mentioned, we are a very small team, and we will remain primarily focused on finishing the map, but we will try to make sure that anyone who donates gets something of value in return! We’re trying to release before the end of January. The map will be free, but please consider supporting us.”

To help support the project jump over to the Floo Network Patreon website by following the link below where sponsorship is available from just $3 per month.