EA Games has just released its ‘Epic’ game trailer, as it calls it  for the firt part of Harry Potter And The Deathly Hallows. From the look at the video I hope Harry’s got some spare batteries for his wand as the trailer shows for very intense fight scenes with plenty of wand action. View it after the break. 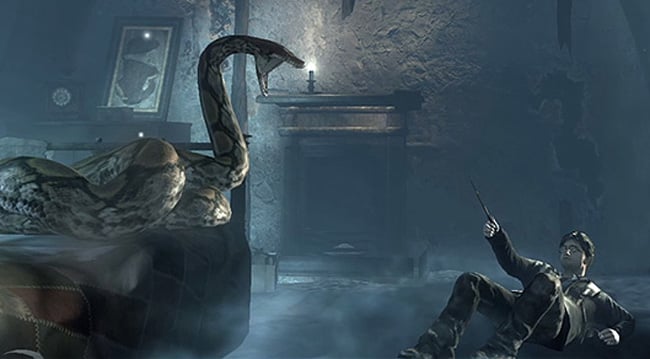 Playing as Harry, you are on the run from the opening sequence, fighting for survival on a desperate and dangerous quest to locate and destroy Voldemort’s Horcruxes. You must defeat Death Eaters and Snatchers in epic battle sequences at every turn. With only your wand for protection, it’s time to muster your most powerful magic against relentless assaults from all sides.