A modder over at the Dell Mini 9 forums has created a cool dual touchscreen tablet mod using a Dell Mini 9 Netbook and a 9 inch USB DisplayLink monitor, and named it the Harlequin Project.

The Harlequin Project Dual Touchscreen Tablet Mod runs Windows 7 which detects both of the screens, and it works with the touchscreen overlay, although there are still a few minor issues for the modder to iron out which include calibration issues. 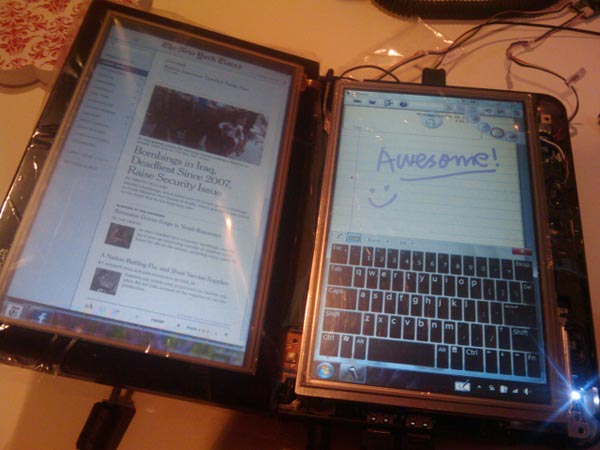 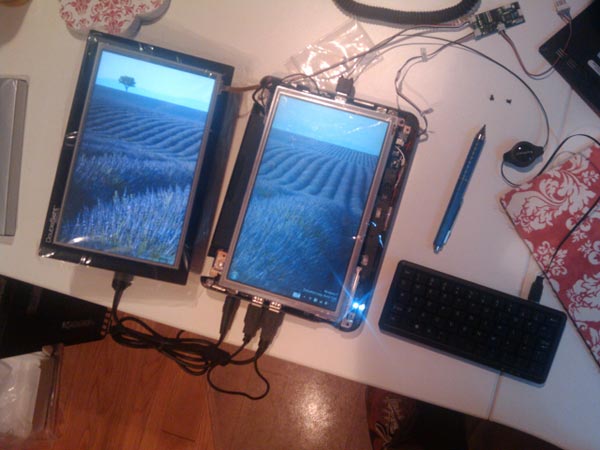 I got the touch screens and monitors all working. Windows 7 detects all the drivers very easily, though calibration of monitor 2 touch is still a little bit off, and CalTouch doesn’t seem to find the other touch screen.

The next step is to flatten all the components in the USB monitor, and laser-cut a custom case for it. For the custom case, I will need two sets of monitor hinges, so that they can be unfolded at 180 degrees without touching each other (which would trigger the touch screen).

Very cool, it will be great to see what it looks like when it is finished, head on over to the Dell Mini 9 forums for more details on this cool Harlequin Project Dual Touchscreen Tablet Mod.