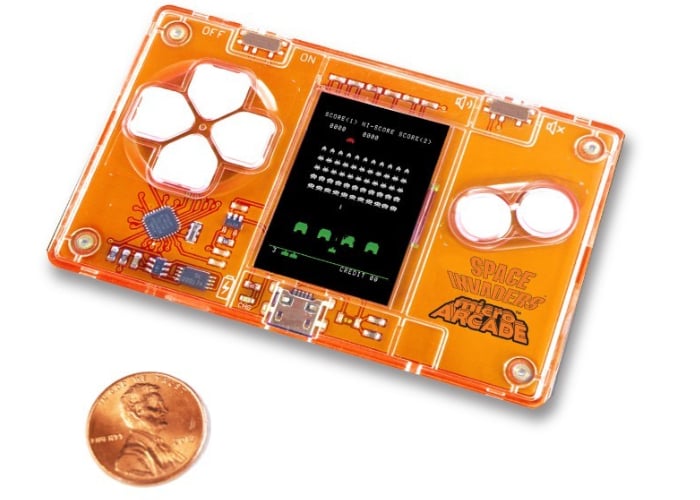 After a successful Kickstarter campaign to create the Arduboy, its developer then created the credit card sized game system called the Tetris MicroCard. Licensing for the technology behind the small handheld computer has now been provided to Super Impulse who now plans to release a series of single purpose tiny games Micro Arcade consoles later this year price from $20.

You may have already come across Super Impulse as they are the developers of the Tiny Arcade range of four-inch-tall fully playable arcade cabinets which have been available for a while providing 80s retro gaming to the masses.

Later this week Super Impulse will be showcasing their new lineup of Micro Arcade handheld consoles at the New York toy fair. Ahead of the launch later this year and for more details on each team being made available jump over to the Super Impulse website.