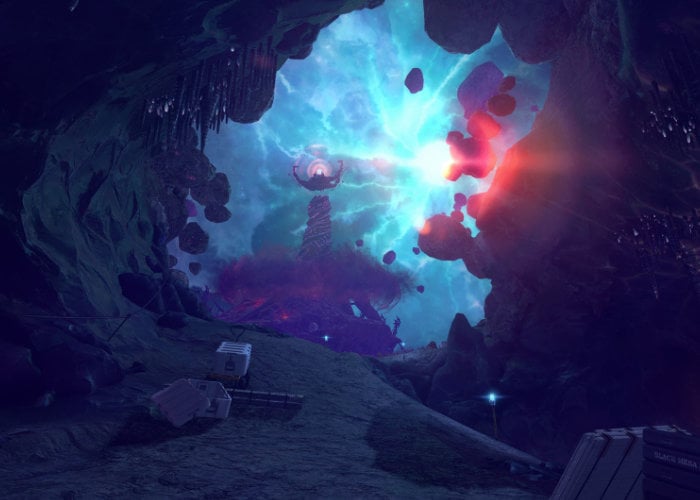 After over 16 years of development the Half-Life Black Mesa remake will soon be leaving Steam Early Access, and is already available to purchase priced at £15. The fan-made re-imagining of Black Mesa has been created by the Crowbar Collective with an aim to create a version of Half-Life that offered the same level of finish as the 2004 sequel.

– Nineteen chapters of fighting through top-secret labs, running atop harsh desert landscapes, sneaking into abandoned railways, and leaping across dimensions
– Mind-Blowing graphics and effects, never before seen on the Source Engine
– Face off against an army of classic enemies, updated with new features and engaging AI
– Wield an arsenal of military hardware, scientific prototypes, and the iconic crowbar through incredibly detailed environments
– The all-new soundtrack and voice acting create a more immersive experience than ever before

“For the majority of its development, Black Mesa was a volunteer project. Even after we got the green light to sell the game, we still did not make any money until late June of 2015.

I have heard “you should never work for free”, and I really couldn’t disagree with that more. I did multiple free side projects in college that either eventually paid off, or got me connections I otherwise would not have had. I learned communication and leadership skills in my volunteer fire department. I got my first game industry job because of my free work on Black Mesa, and then after a round of layoffs, my job BECAME Black Mesa. The thing that was supposed to be a portfolio piece to launch my career, became my career, and I would not have been in that position if I didn’t commit to the work as a volunteer.

The fact is, all roads are long roads. If you fear that, you’ll shy away from choosing the one that excites you most, and has the biggest reward. Not everyone is going to have reliable friends to pull them onto projects, not everyone is going to have the opportunity to own a video game company, but if there is something you want to accomplish there’s nothing left to do, but to do it. You can not win the game if you don’t play.

Through luck, hard work, and maybe a bit of ignorance we didn’t shy away from our goal of bringing this game to completion. We are proud of what we built. We think this upcoming 1.0 release is the best, most polished, and most fun version of the game yet. The anticipation and excitement around our project is beyond flattering.

Black Mesa is a video game, it is our video game, and it has its strengths, and its flaws. As Leonardo da Vinci said, “Art is never finished, only abandoned” and while we plan to fully support this game after 1.0 with bug fixes and more, it will never be a perfect game.”