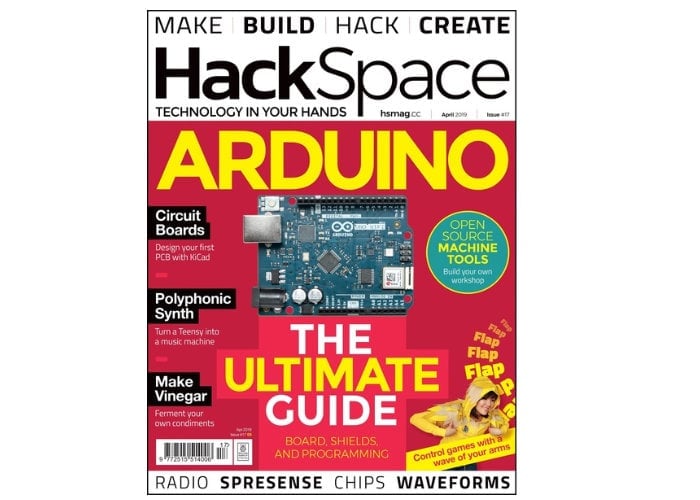 If you would like to learn more about programming with Arduino you may be interested in the features included in this months HackSpace magazine issue 17. Transforming a hoodie into a games controller using Arduino and also an interview with Dr Adrian Bowyer about the future of 3D printing. In 2017 Bowyer received the 3D Printing Industry Outstanding Contribution to 3D Printing Award and was inducted into the TCT Hall of Fame for his work on the RepRap 3D printing system.

“You might have heard of RepRap. It’s the project that began at the University of Bath in 2005 with the aim of creating a self-replicating, open-source 3D printer. As is the nature of open source, many other projects have spun off from RepRap, including the Prusa i3. Without RepRap, the field of 3D printing would be much smaller, less advanced, and a lot less open.”

“Arduinos let you add programable control to your projects in a simple, standardised way. We take a look at how to get started, our favourite Arduino-compatible boards and addons and how to use the Arduino IoT Cloud to make simple, secure, internet-connected devices”

To download subscribe or read the latest HackSpace magazine issue 17 jump over to the official website by following the link below. For the full interview with Dr Adrian Bowyer check out the article on the official Raspberry Pi website here.