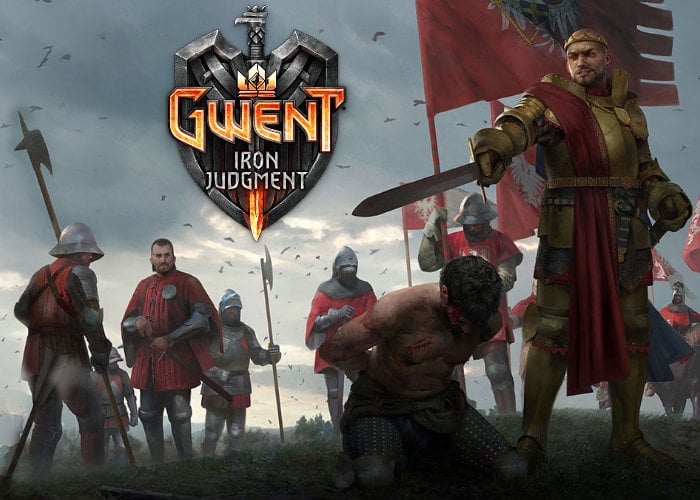 Early next month a new DLC expansion will be rolling out to The Witcher card game taking the form of, GWENT Iron Judgement. Check out the announcement trailer below for the GWENT expansion which is being made available for Xbox, PS4 and PC offering more than 80 unique cards. “Utilise new tactics to get advantage on the battlefield, reinforce your decks with elite warriors from all 6 factions, including 21 neutral cards.”

“The North is on the rise and Radovid is back to bring justice to his enemies — the kind of justice that is being served by fire and iron. Stand by his side or defy royal authority — whichever you choose, get ready for some of the fiercest battles in GWENT’s history. Relive the Battle of Brenna, learn the secrets of the Salamandra, or join Gascon’s company of noble criminals — there is plenty of opportunities to get into a fight in GWENT: Iron Judgement.”

Find out more about the new GWENT Iron Judgement expansion for The Witcher card game by heading over to the official website, where it is now available to preorder priced at roughly £38 for PC, PlayStation and Xbox.