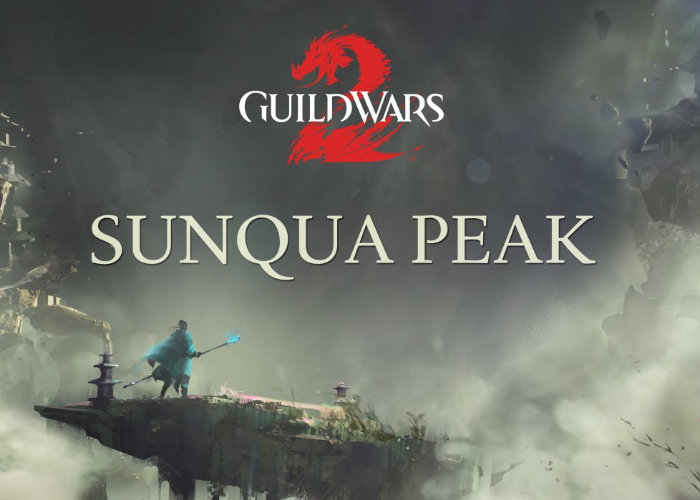 Guild Wars 2 developers ArenaNet has release a new trailer for the upcoming arrival of Sunqua Peak. Check out the trailer below for a glimpse at the new expansion in Fractal of the Mists as explorers get to take on new challenges.Sunqua Peak for Guild Wars 2 will be available to play in under a weeks time from September 15th 2020 onwards.

During Guild Wars 2’s 8th anniversary livestream, the development team announced that Guild Wars 2 will finally be making a debut on Steam. Together with two expansions, Heart of Thorns and Path of Fire. All Living World content will also be available to Steam users during November 2020.

“Located in Cantha, suspended in a storm-lit sky, with beautiful stonework and flowering trees, the elemental spirits await assistance from only the most skilled explorers ready to investigate a new Fractal of the Mists. Gather your allies and embark on an adventure of wondrous discovery… but beware, an unsettling gaze once more falls upon you. A new set of weekly Fractal achievements will set you on your way toward earning new rewards, like the Abyssal Fractal weapon skin set, and a more difficult challenge mode gives the opportunity to set apart the brave and daring.”

“Dessa has detected another echo, and on September 15 she’ll call on skilled explorers to investigate a new Fractal of the Mists. Sunqua Peak should be a peaceful place—suspended in a storm-lit sky, with beautiful stonework and flowering trees to mark the path up the mountainside. But something here is wounded, and the elemental spirits need your help to heal their home.”