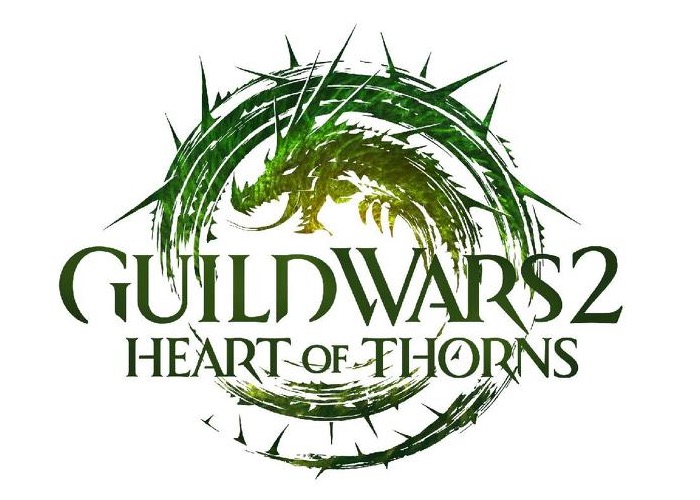 A possible future expansion for the Guild Wars 2 game maybe underdevelopment in the form of Guild Wars 2 Heart of Thorns, which has been trademarked by NCSoft this week together with a new logo pictured above.

Although no information about the new has been officially announced buy the games developers ArenaNet. They have booked a prime-time slot at the upcoming Pax South taking place later this month.

During that slot ArenaNet could well be unveiling more details about the new Guild Wars 2 Heart of Thorns expansion. With the event taking place on Saturday 24th January, starting 4.30pm GMT and continuing until 6pm GMT. The Pax South site explains :

“Join ArenaNet president and co-founder Mike O’Brien and Guild Wars 2 game director Colin Johanson for an exclusive sneak peek at what’s next in Guild Wars 2 and be among the first to hear how we’re setting up a new framework for how an MMO can grow its universe. The Living World was just the beginning.”

At the current time it is still uncertain what the new Guild Wars 2 Heart of Thorns expansion could bring to the game, but if you have any ideas drop your thoughts in the comments below. As always, when any more information is announced or released we will keep you updated as always.