We have already seen some designer cases for the iPhone, like the Louis Vuitton ones for the iPhone and iPad, now another designer has decided it would be a good idea to sell you an expensive case for one of your gadgets with the launch of the Gucci BlackBerry case.

The Gucci BlackBerry case is made from black leather, and is embossed with the Gucci logo, and it also features the red and green Gucci signature, and it will fit the majority of BlackBerry handsets. 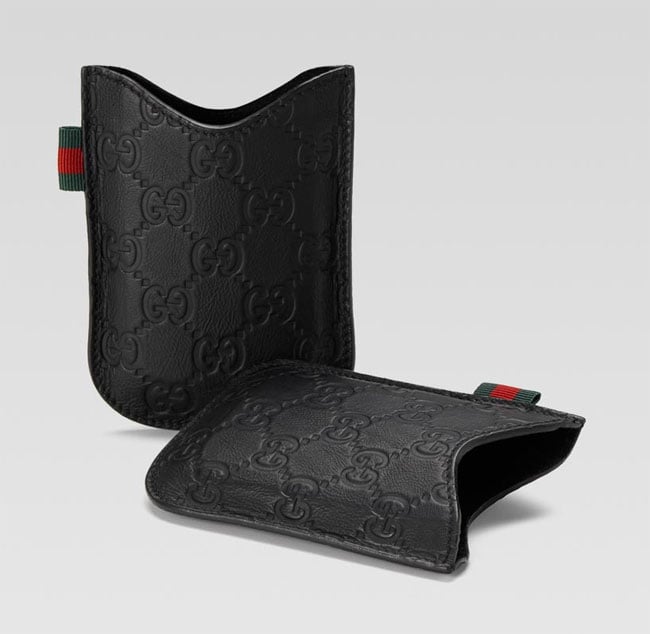 If you want one, the Gucci BlackBerry case is available for $170 from the Gucci website, personally I could think of a lot better things to spend $170 on rather than a case for your smartphone.