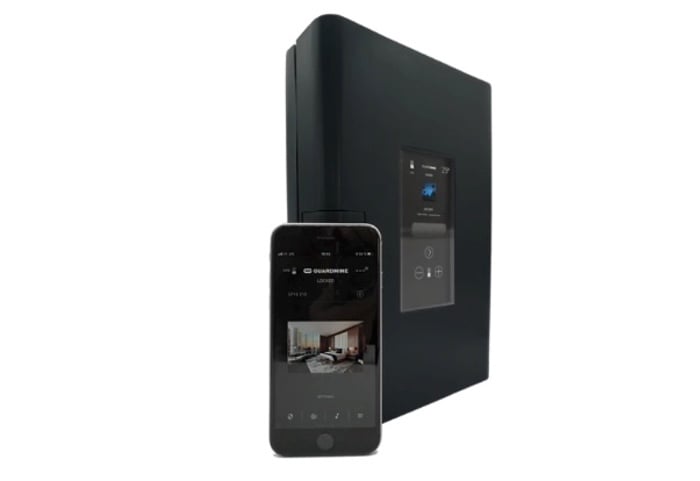 If you are looking to secure your belongings while travelling or at home you may be nterested in a new smart safe and portable security solution called the Guardmine. Combining a smart safe, speaker, power bank and video surveillance the Guardmine is now available to back via Kickstarter. arge enough to except passports, credit cards, cash, hotel keys, phones and more the Guardmine is equipped with a 120 dB alarm and a rechargeable battery capable of “giving you stable 8-hour battery life” say its creators. 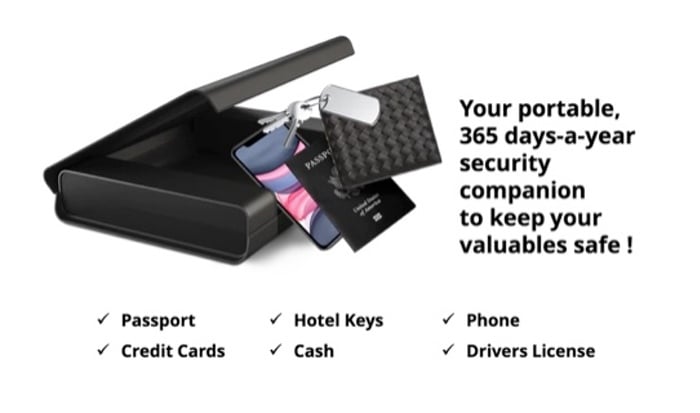 Early bird pledges are now available for the inventive project from roughly $240 or £176 (depending on current exchange rates), offering a considerable discount of approximately 20% off the retail price, while the Kickstarter crowd funding is under way. If the Guardmine campaign successfully raises its required pledge goal and the project progresses smoothly, worldwide shipping is expected to take place sometime around . To learn more about the Guardmine portable security solution project play the promotional video below. 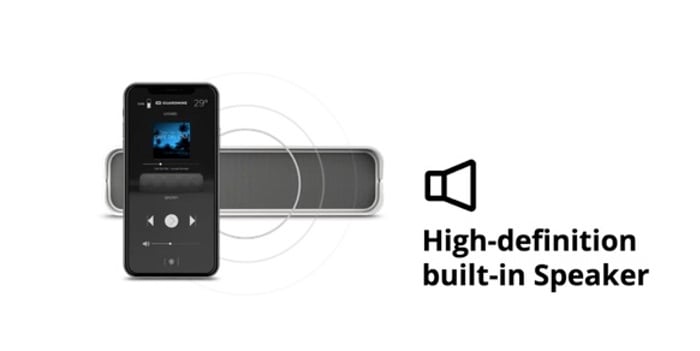 “Have you ever had your belongings pickpocketed or just stolen from you when you weren’t looking? If you have, then you know how frustrating and annoying it is to replace it or report it to the police. To make things worse, the culprit is almost never found. We have created a multi-purpose device, not only to ward off opportunistic thieves but also to make your life so much simpler. Nothing feels better than not having to worry anymore, right? This technology-rich, compact device will become your new # 1 travel companion, whether it’s with you or at home.”

“The Guardmine does not have new, groundbreaking technology. However, it is the first time that some of the best technology is brought together in such an innovative way. When you think of a safe, you probably picture a huge and heavy metal box. Our elegant and cool design is somewhat discreet, being the same size as an average reading book. We have taken the safety concept of a safe and integrated 5 state of the art features to make Guardmine the first of its kind. “ 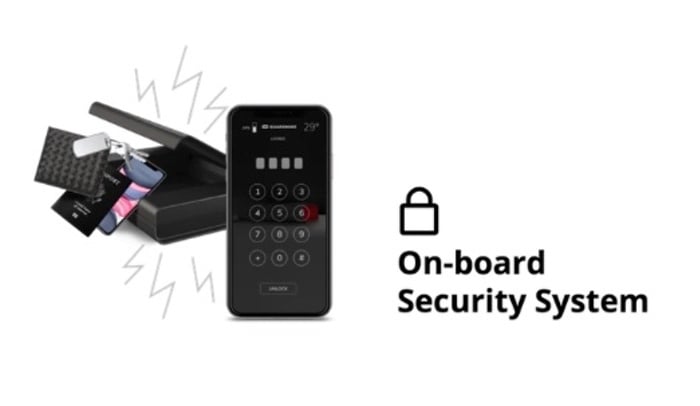 “Put your belongings inside, and use the Guardmine app on your phone to ‘arm’ it with a four-digit code. Need your phone kept safe? Your Guardmine can be armed using its touch screen as well! When tampered with, your Guardmine’s built-in alarm will be triggered. Will you hear the alarm? Guardmine has an alarm that sounds at 120 decibels. Yeah, it’s loud. A thief is most likely not going to try and run away with your Guardmine screaming. Fun fact, 120 dB is the exact same volume level as a jet upon take-off.” 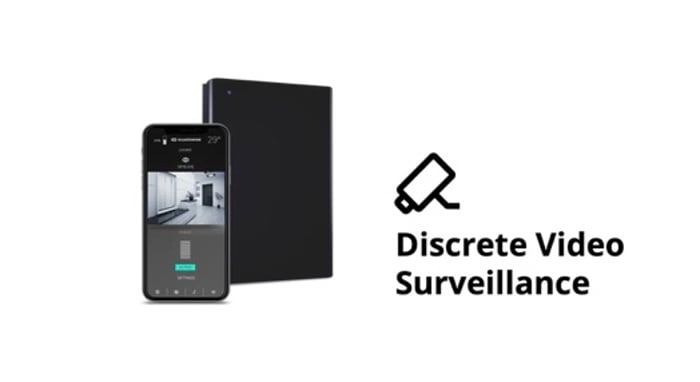 For a complete list of all available special pledges, stretch goals, extra media and full specifications for the portable security solution, jump over to the official Guardmine crowd funding campaign page by clicking the link below.