Gamers looking forward to the official launch of the new Grand Theft Auto 5 game, will be pleased to learn that from today you can now pre-order GTA 5 in the UK, Canada and the US.

The news follows on from the details about the GTA 5 characters you will be able to play, which were leaked yesterday, and Rockstar Games has also released some new artwork for their new game which can be downloaded from their website. 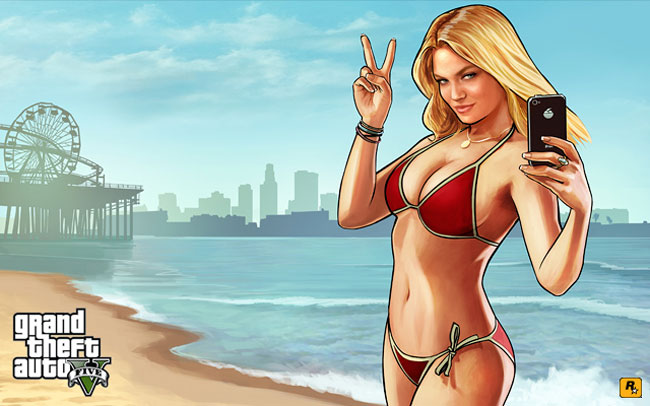 “Starting today, Grand Theft Auto V is officially available for pre-order everywhere. For those of you that might prefer online retail to the more traditional brick and mortar”-“Grab “Beach Weather” from the Rockstar Downloads page and look for much, much more to be revealed – including the Game Informer cover story later this week as well as an update on the release of the next official trailer.”

GTA 5 is officially launching in the spring of 2013 and pre-orders are now available from Amazon, Walmart, Best Buy, GameStop and more.