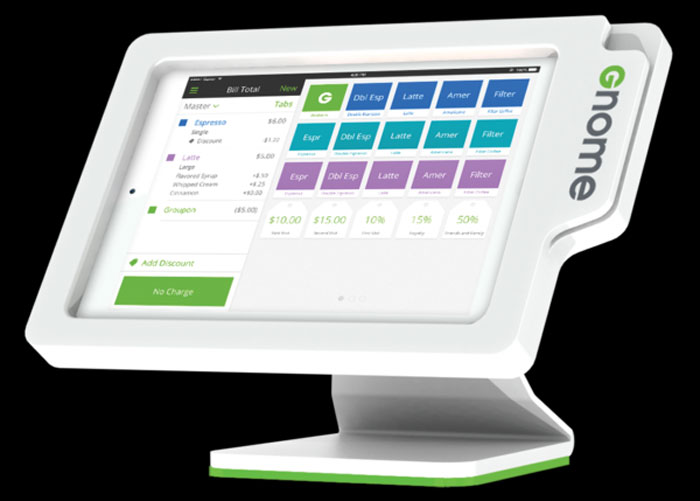 Groupon plans to charge customers $10 per month for the Gnome iPad system. It expects that tens of thousands of its customers will transition to the system. “Gnome will become a standard part of the experience of running a Groupon for both merchants and consumers, and we’ll handle any exceptions on a case-by-case basis,” spokesman Nick Halliwell said in an email.

Shoppers who have the Groupon app installed on their smartphone and Bluetooth enabled will have discounts recognized automatically when they enter the store. Other users will be able to redeem Groupon vouchers by telling the cashier their name during checkout. In addition to tracking credit card purchases, the Gnome system can track cash also. It’s unclear if the system supports debit card purchases.