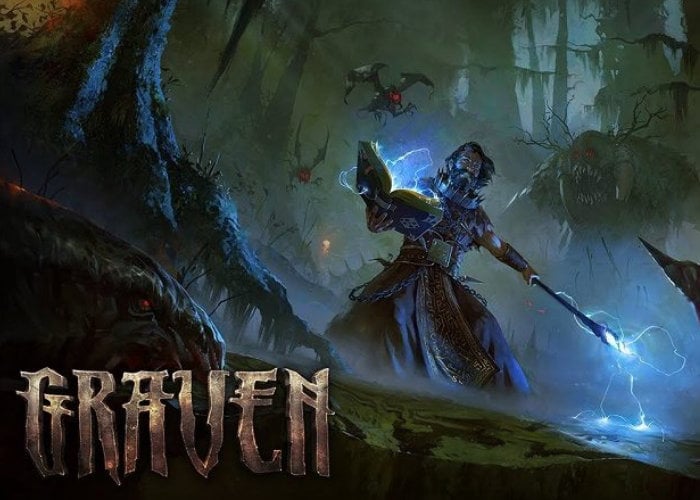 Developer Slipgate Ironworks and publisher 3D Realms has unveiled a new spiritual successor to the Hexen 2, in the form of Graven, which will be launching sometime during 2021 on PC, PlayStation 4, PlayStation 5, Xbox One, Xbox Series X, Nintendo Switch.

“Action, mystery, and a chance for redemption await you in the gritty action first person puzzler GRAVEN. Explore a dark fantasy world as a wrongly convicted man of faith. Battle the horrors of humanity, the wilds, and beyond using the environment, magic, and armaments.”

“A faithful priest of the Orthogonal order, exiled unto death for a crime in defense of another, you live again in a small boat, adrift in a swamp. A stranger ferries you to solid ground and bestows upon you vague instructions, along with a mysterious staff and book. Go forth, pious priest, alleviate suffering, uncover deceptions, and smash the eldritch perversions encroaching upon reality itself.”