Camera sensors are found in a wide range of electronic devices today from smartphones to tablets and even game console accessories. One of the challenges the many modern camera sensors is the ability to take high-quality images in lowlight situations without getting blurrier grainy. Most camera centers rely on filtering and optical image stabilization to take clear high-quality photographs. 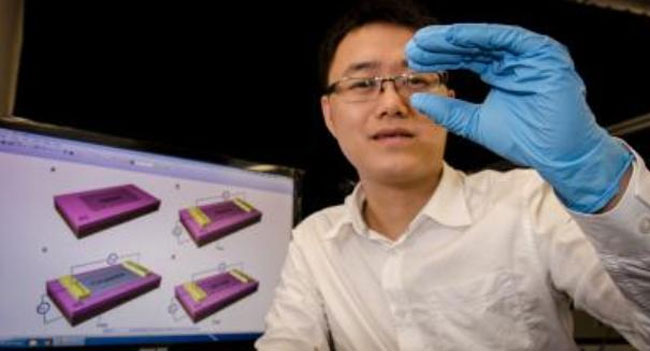 However, researchers in Singapore have created a new camera sensor using graphene that promises the be 1000 times more sensitive to light the existing camera sensors. The researchers working on the project are from the Nanyang Technological University and the camera sensor they developed also needs about 10 times less energy than current technology to operate.

The researchers created the sensor using a graphene monolayer channel that is covered with layers of titanium. After scratching away some the titanium, graphene quantum dot-like structures remained. Those remaining structures act as the photo detector. The scientists believe that this new sensor will be able to make significantly clearer lowlight images. The project proved that graphene can be used to create cheap and effective camera sensors. The researchers say that factors were still be able manufacturer sensors using the new technology with existing CMOS processes.