If you have been a little concerned that Rockstar Games might not publish their GTA 5 for PC, a sighting over on the French Amazon website might lay your mid to rest a little.

The French Amazon website has now listed a PC version of the new GTA 5 game which is available to pre-order for €49.99. 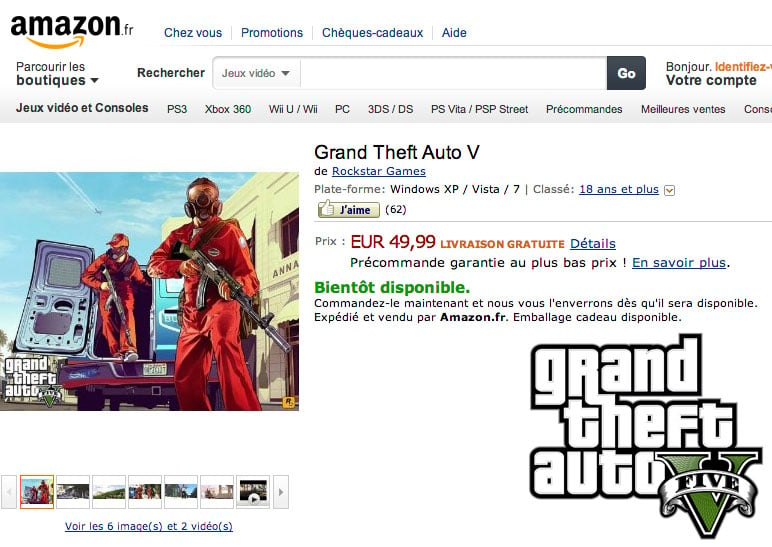 When Rockstar Games announced back in October 2012, that their Grand Theft Auto V game would be launching in the Spring 2013  for Xbox 360 and PS3, they neglected to mention anything regarding a PC release. Following on from the lack of information about a GTA 5 for PC, GTA fans put together a petition on Change.org for a PC release, which to date has over 146,000 signatures added to it.

Because the Amazon listing is not official, I wouldn’t get your hopes too high, but fingers crossed a GTA 5 PC version will be arriving at sometime.