It’s taken quite some time to happen but finally after first showing their new Mondo WiFi media player back in CES 2011. Grace Digital have final launched their flagship product in to stores worldwide.

The Mondo player is the first of three devices to be released by Grace Digital and is equipped with a high contrast 3.5-inch LCD screen display. The Mondo has been designed to connect thousands of online radio stations over a Wi-Fi connection, and is also capable of streaming music stored on a PC, Mac or network attached storage device. 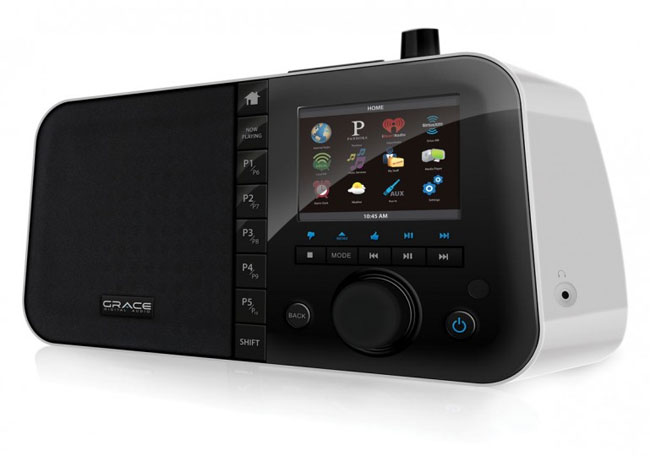 The Mondo media player is fitted with 802.11n Wi-Fi connectivity to enable it to connect easily to your home network and take advantage of some top internet-based streaming music, including Pandora, iHeartRadio, SiriusXM Internet Radio, NPR,CNN, BBC, NOAA, Weatherbug and 18,000 AM/FM/HD radio stations to name just a few.

The Mondo Wi-Fi Music Player in addition to ten one-button presets for easy recall, users can also store up to 100 stations in a special folder. The Mondo is now available direct from Grace Digital in either white or black for $179.99.