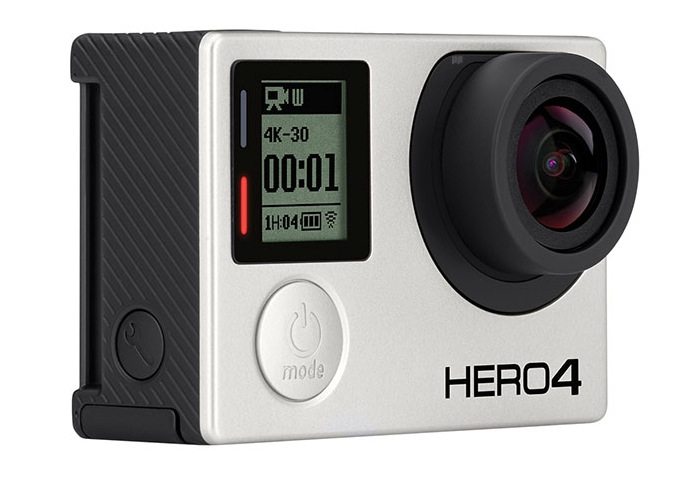 GoPro has today officially announced the launch of three new cameras to its range with the official launch of the GoPro Hero4 Black, Hero4 Silver and Hero action cameras.

Specifications for the new GoPro Hero4 range of cameras was leaked last week ahead of the official unveiling today, that confined the new range of action cameras will be available to purchase easily next month from October 5th 2014. 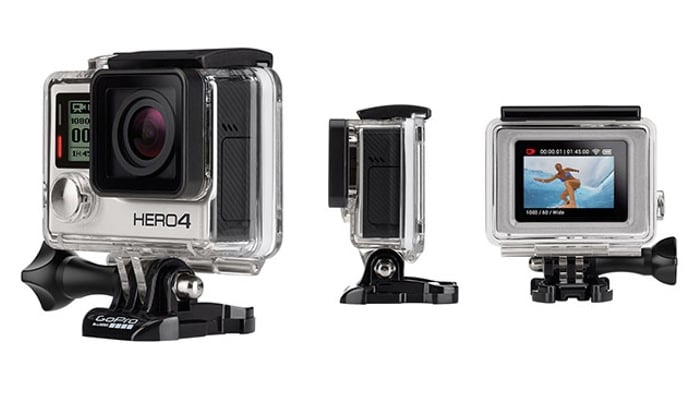 The GoPro Hero4 Black will be priced at at £370 and Go Pro Hero4 Silver at a slightly less at£290, with the GoPro entry level camera being proved at just £100. GoPro explained in their press release today:

“Hero4 Black delivers 2x the performance of its best-selling predecessor and now captures cinema-quality 4K video at 30 frames per second (fps), 2.7K video at 50fps and 1080p video at a blistering 120fps, virtually eliminating rolling shutter in most scenarios while allowing for time-bending slow motion effects.

The GoPro Hero4 Silver delivers the same professional image quality as Hero4 Black less some of the higher performance video capture modes including 4K30, 2.7K50 and 1080p120. Hero4 Silver includes a brilliant built-in touch display for those who value convenience and ease-of-use over the no-holds-barred performance of the Hero4 Black.

GoPro is also proud to debut Hero, the perfect entry-level GoPro. Designed with simplicity in mind and built directly into a rugged, waterproof housing, HERO captures high-quality 1080p video at 30fps and 720p video at 60fps.

Hero captures the same immersive, eye-popping footage that’s made GoPro one of the best-selling cameras in the world—all in a simplified package that’s accessible to everyone with an RRP of £99.99..”

For more information on the new ramge of GoPro action cameras jump over to the official press release website for details.