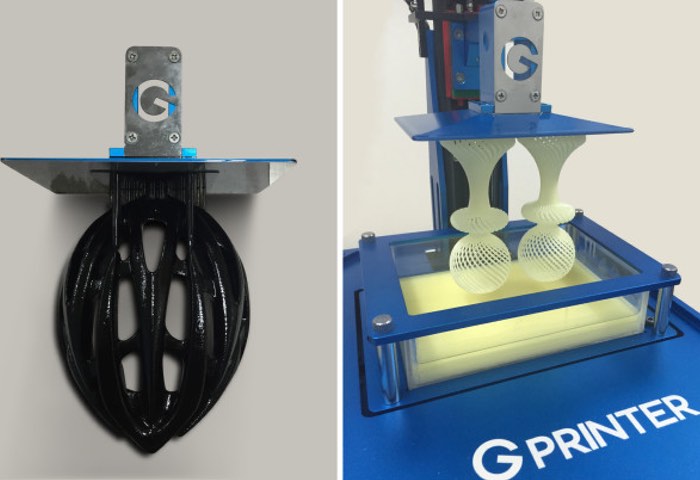 Gooo3D has this week launched a new Indiegogo campaign to raise $100,000 to help take its new G Printer into production. The new 3D printer is the world’s first UV DLP 3D printer that allows users to 3D print objects without the need for a connection from a PC or network, says its creators.

The team at Gooo3D has also focused on the quality of prints and provided the system with a uniform light intensity which allows the system to provide constant 3D printing even at the extremities of the printing area. Gooo3D explains little more :

Because a normal DLP engine shoots its beam in a wide spectrum the range causes large variability in light intensity throughout the beam. The light towards the center shines the brightest and most intensely while the light at the edges are comparatively very weak. Such uneven light produces unevenness in the resulting print out, causing variance with the modeling data you inputted.

The 100% UV engine equipped on the G Printer is focused so that it provides a much more uniform beam in terms of light intensity. This allows for greater precision in printing particularly when it comes to smooth surfaces and straight lines.

The new G Printer as a desktop system that is capable of printing objects to a size of 5.1x 3.1x 5.5 and can be seen in action within the video embedded below.

For full specifications and to make a pledge for the G Printer jump over to the Indiegogo website where it is available to early bird backers with pledges starting at $4,600 which includes 500g of special resin.