Google has made a number of changes to their search app for Apple’s iOS devices, and the latest version is designed to speed things up, and make the app more responsive and they have also made some visual changes to the way results are displayed in an attempt to make them easier to read.

According to Google, the new search app for iOS devices is up to 20 percent more responsive than the previous version, and the search results are now designed to be easier to read on your smartphone with larger text, this should also make it easier to select sites from Google search. 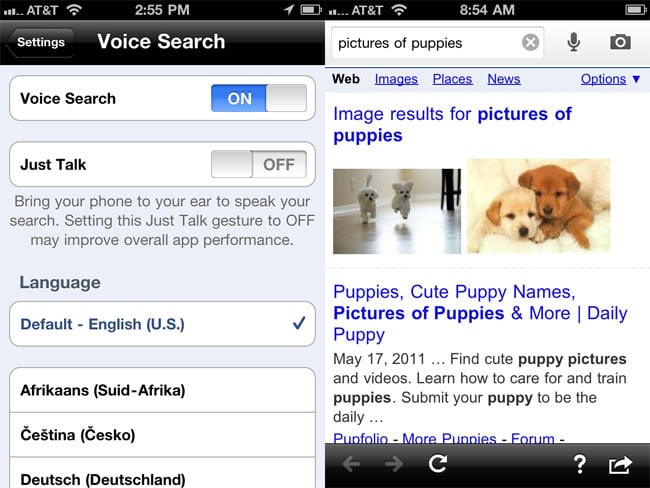 This version of Google Search app is up to 20% more responsive as you type search queries and interact with it. As part of the speed improvements, a feature called “Just Talk” will now be off by default. Just Talk allowed you to search via voice just by bringing the phone to your ear and speaking rather than tapping the microphone icon. Turning off this feature may improve app performance, though you can easily re-enable it under the Settings > Voice Search menu.

You can find out more details about what is new in the latest Google Search App for Apple’s iOS devices over at the Google Mobile Blog.