For the first time since it launch Google’s Chrome browser has now past Mozilla’s Firefox browser. To become the worlds second most popular browser, according to statistics revealed today by StatCounter. Microsoft’s Internet Explorer continues to control first with a 40.63% share of browser usage worldwide. 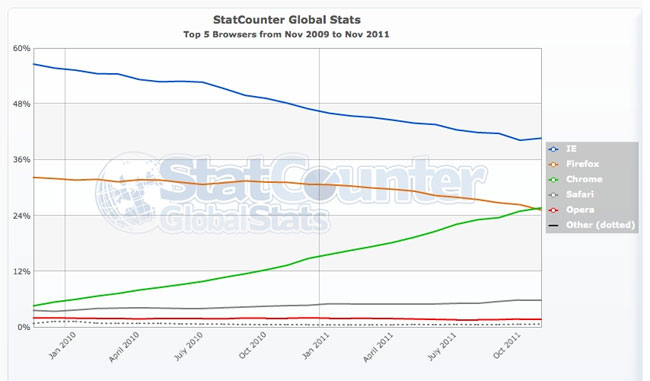 According to the statistics released by StatCounter Chrome’s browser market share has grown 4.66% over two years to hit 25.69%, beating Firefox’s 25.23% share to taking second place. However in the US, Firefox continues to hold second place for now with a 20.09% share, but has slipped by around 6.66%. So it may only be a few more months before Google Chrome takes second place in the US as well.