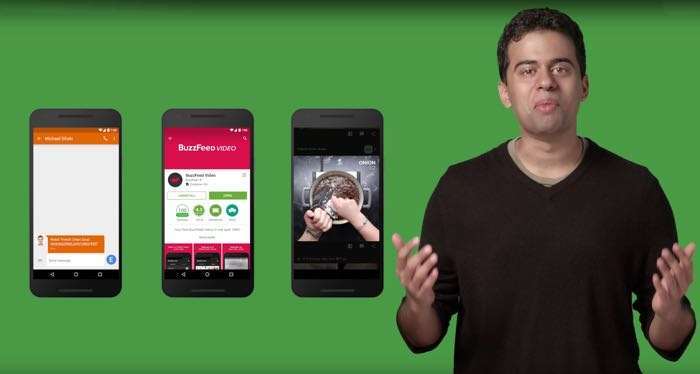 Google announced their new Android Instant apps at their Google I/O Developer Conference last year and now they have announced that the apps are available for testing.

The search giant has revealed that some new Instant apps are available in limited tests and these include apps from Preiscope, BuzzFeed and more.

We’ve been working with a small number of developers to refine the user and developer experiences. Today, a few of these Instant Apps will be available to Android users for the first time in a limited test, including apps from BuzzFeed, Wish, Periscope, and Viki. By collecting user feedback and iterating on the product, we’ll be able to expand the experience to more apps and more users.

To develop an instant app, you’ll need to update your existing Android app to take advantage of Instant Apps functionality and then modularize your app so part of it can be downloaded and run on-the-fly. You’ll use the same Android APIs and Android Studio project. Today, you can also take some important steps to be ready for Instant Apps development. The full SDK will be available in the coming months.

You can find out more information about the new Android Instant apps over at the Android Developers blog at the link below.