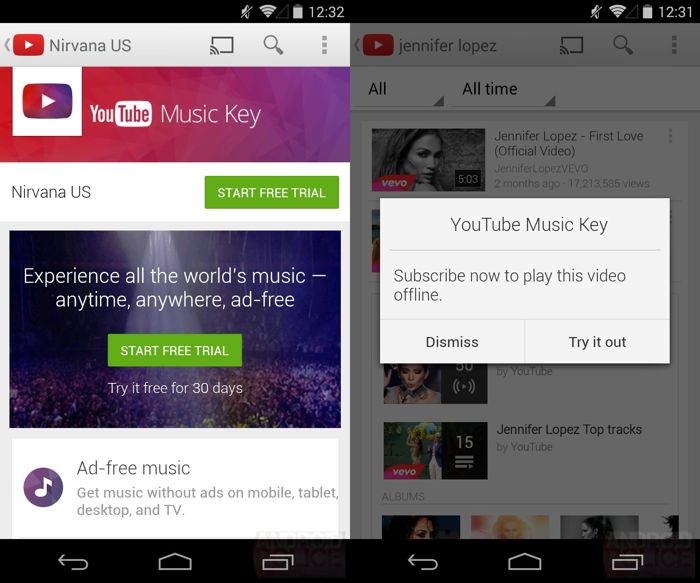 We have been hearing rumors about Google’s new YouTube subscription service for some time, and now the guys from Android Police have managed to obtain some details about the service, which will be called the YouTube Music Key.

The new YouTube Music Key will apparently offer advert free music, offline playback and audio only for background or screen off listening.

When the new YouTube Music Key service launches, Google will offer it with a 30 day free trial, the service will then cost you $9.99 a month, but this price will also include a subscription to Google Play Music key, so essentially you will pay the one monthly fee for both services.

As yet there are no details on exactly when YouTube Music Key will launch, although we suspect it will land before the end of the year, as soon as we get some more information, we will let you guys know.