Google has updated Google Translate for their Android platform, and this new version comes with a range of new features and improvements which are designed to make the app easier to use and more users friendly.

Google has added better dropdown boxes which help you select which language you want to translate from and to, they have also added an improved input box, plus new icons and a new layout. 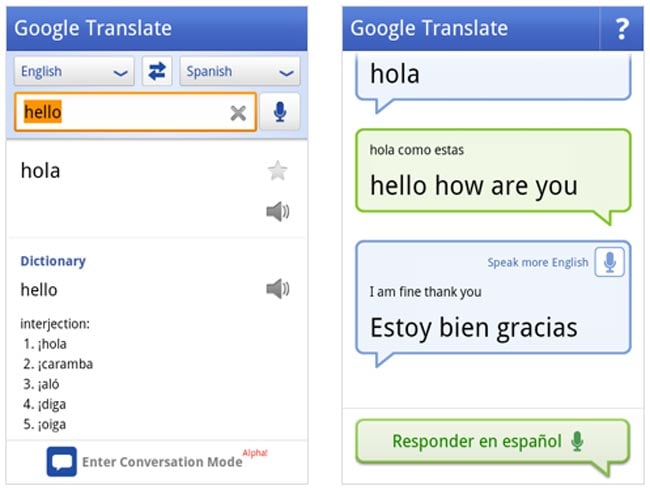 Google has also added a new feature, which they are calling experimental, Conversation Mode, and at the moment Conversation Mode only works when you are translating between English and Spanish.

Google has said that the new Conversation mode is still in Alpha at the moment, but they are hoping to develop this feature further in the future and expand support for more languages.

You can find out full details of the new Google Translate for Android over at the Google Blog.