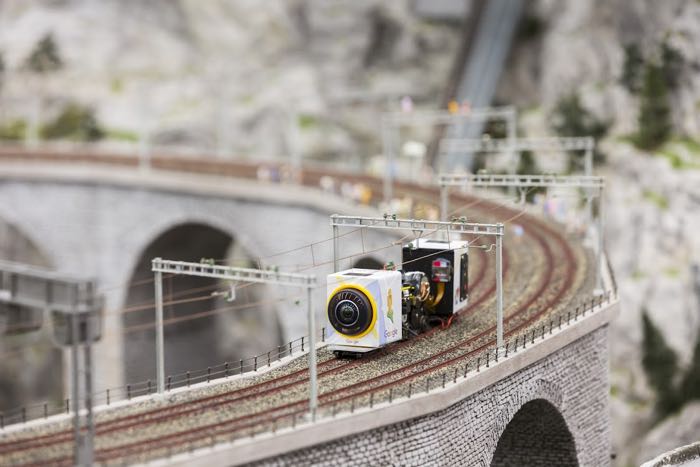 Miniatur Wunderland is the worlds largest modern railway and now Google has decided to put it on Google Street View.

The Miniatur Wunderland has 13,000 km of track and features more than 200,000 mini citizens, Google decided to make it using its Street View cameras.

For those looking to relive their childhood dreams of being a conductor of their own railway and playing with dollhouses, we have a Street View surprise for you: Hamburg’s famed Miniatur Wunderland, the world’s largest model railway, has come to Google Maps. Boasting 13,000 kilometers of track and more than 200,000 tiny citizens, the museum includes tiny replicas of a variety of German provinces, famous places in America and even a fully-functioning airport!

Google used a miniature version of their Google Street View camera to map out the Miniatur Wunderland, have a look at the video below.

You can find out more details about the Miniatur Wunderland on Google Street View at the link below.