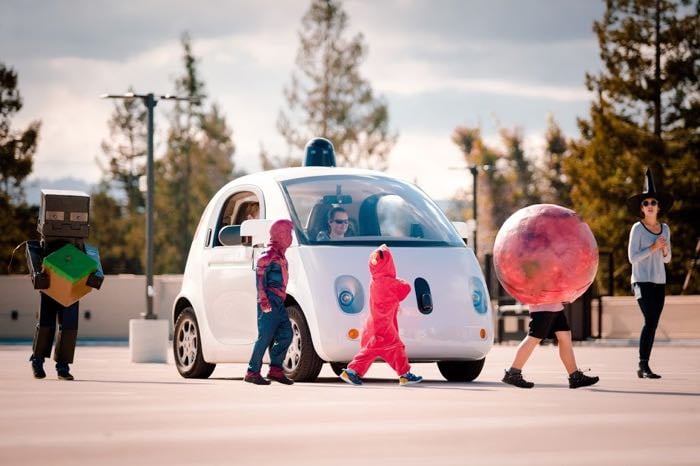 On Friday Google revealed that the software in their self driving cars is designed to be more cautious when they are around children rather as opposed to adults.

The company has said that their vehicles sensors can differentiate between a child and an adult and the car then understands that kids may move around differently than adults.

We teach our cars to drive more cautiously around children. When our sensors detect children—costumed or not—in the vicinity, our software understands that they may behave differently. Children’s movements can be more unpredictable—suddenly darting across the road or running down a sidewalk—and they’re easily obscured behind parked cars. So even if our cars can’t quite appreciate the effort the kids put in dressing as their favorite character from Frozen, they’re still paying full attention!

Google are testing the self driving cars out on public roads in the US and have been for a while, they have also reported a number of crashes, although the faults of these have been put down to human drivers rather than the software or the autonomous vehicle.