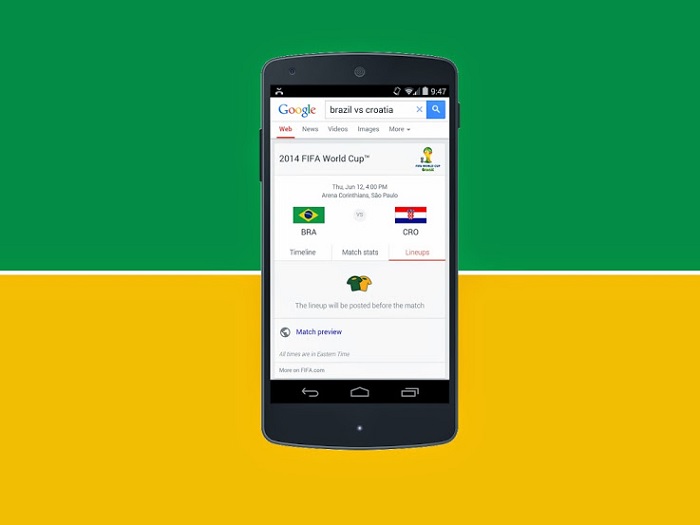 The biggest football event, Fifa 14 World Cup, is just around the corner, and will kick off on June 12th, Thursday. To make sure you get every bit of it, Google search has been updated, and now shows you information about the matches.

The search feature is available on both the web and mobile-friendly version of Google search, which will update you with match schedules, group information and more during the world cup.

From today, you can find out about the match schedules, timings and other information about the world cup. Typing “world cup” in Google search will show you the date and timing of the upcoming matches, as well as the starting time based on your region. It’s not just the schedule, once the big event kicks off, users can get live score details by typing the same keywords in the field.

Google says on Google+, “The #WorldCup kicks off next week and #GoogleSearch has you covered with match schedules, group information and more. Starting today, search for the [world cup], and you’ll see the upcoming daily match schedule, starting with Brazil vs. Croatia on June 12th. As soon as the matches begin, a simple search for [world cup] or your favorite team will give you live scores, team rosters, and major plays.”

What do you think about this? I think its a great feature for all football fans out there. Are you excited about the event?