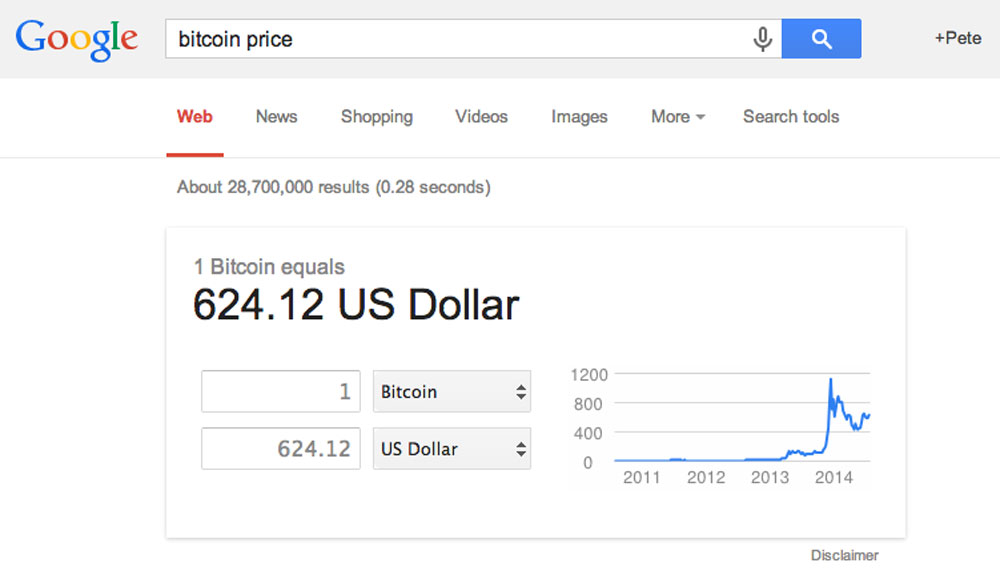 Most people know that if you run a search for a conversion rate for one type of currency to another on Google, it will show you the exchange rate. Google has expanded that service to now include Bitcoin. This move comes after Google and Coinbase tied up to offer a Bitcoin price tracker.

Google has confirmed the feature and notes that it will work on the Google search smartphone app as well. With the new feature live, users can ask real world questions in the search box and get answers. That means if you type “How many bitcoins are in $500 USD, you will get the answer at the top of the search form.

We have been able to do this with most major currencies for a long time, but it’s nice to see bitcoin get the same treatment. Users can also type in bitcoin price to get an instant exchange rate for a single coin. The abbreviation BTC can also be used in queries allowing you to write things like five BTC and get a conversion in local currency. Google does point out that the price given may not reflect the real-time price.