The new RSS reader is also designed for people who don’t want to spend the time setting up an RSS reader, and it uses a graphical navigation system to guide your through your RSS feeds. 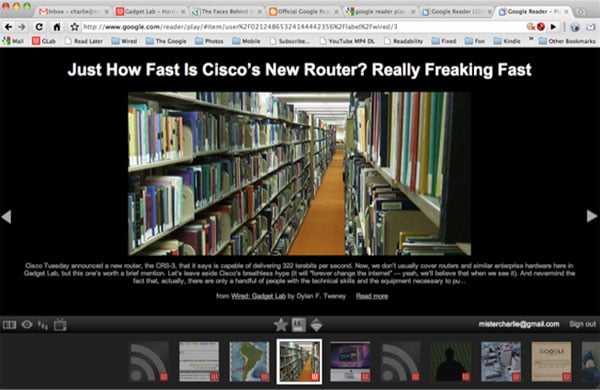 Google Reader play recommends items to you based on what you mark as liked or disliked and you can get information from you own recommended items in your Google Reader account.

You can also setup you RSS feeds from within Google Reader, so they are displayed in the Google Reader play interface. It does look quite interesting and might be useful for tablet computers.