Users are able to make purchases from the Google Play vending machines using smartphone running Android 4.0 and NFC, by positioning their smartphone is a tray below the large screen. 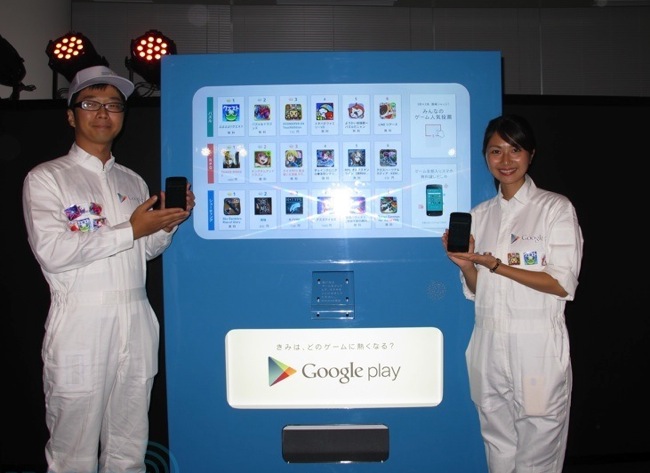 The launch of the new Google Play vending machines in Tokyo Japan supporting smartphone running Android 4.0 and NFC is a promotion and Google has not released and information to suggest that they will be launching the devices anywhere else worldwide.