Last month, Google annnounced that they’re working on a tablet-optimized Google Play Store that will display applications designed to run on large screens and increase their visibility for tablet users. As promised, Google announced they’re rolling out the new interface, which should be available for most tablet users. 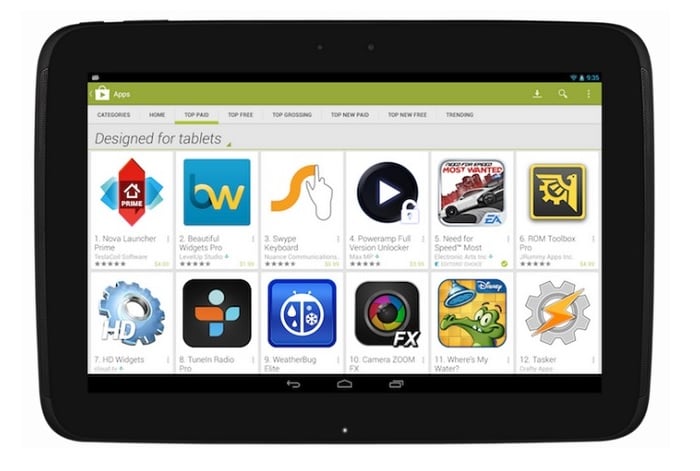 Firstly, when tablet users open the Google Play Store, they’re shown the “designed for tablets” section by default in the top lists, highlighting applications that will work best on tablets. After the roll out is complete, all top lists such as Top Free, top paid and Top grossing will list the applications that meet the tablet optimization criteria.

Secondly, the applications that are not optimized or not following the ‘designed for tablets” criteria are listed under “designed for phones.” Obviously, users can switch from the default tablet design view to the normal Google Play Store to see all the available applications.

Just to let you know, the new interface will roll out in the coming days, so there’s no need for manual intervention. Developers can just hit the source link and see if they’re meeting all the criteria.