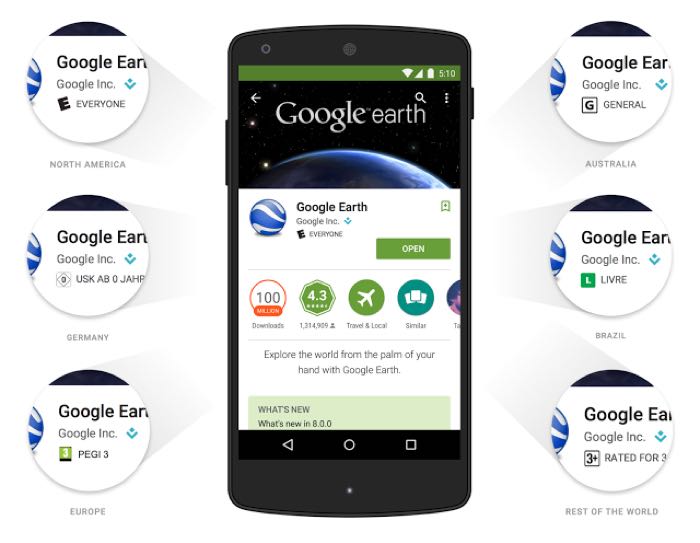 Google has announced that it is launching a new content rating systems for apps on the Google Play Store.

The new content rating system will be age based and it will show age based ratings for both apps and games on Google Play.

Starting now, developers can complete a content rating questionnaire for each of their apps and games to receive objective content ratings. Google Play’s new rating system includes official ratings from the International Age Rating Coalition (IARC) and its participating bodies, including the Entertainment Software Rating Board (ESRB), Pan-European Game Information (PEGI), Australian Classification Board, Unterhaltungssoftware Selbstkontrolle (USK) and Classificação Indicativa (ClassInd). Territories not covered by a specific ratings authority will display an age-based, generic rating. The process is quick, automated and free to developers. In the coming weeks, consumers worldwide will begin to see these new ratings in their local markets.

Google also announced that they will now be reviewing all applications that are submitted to the Google Play Store, you can find out more details at the link below.