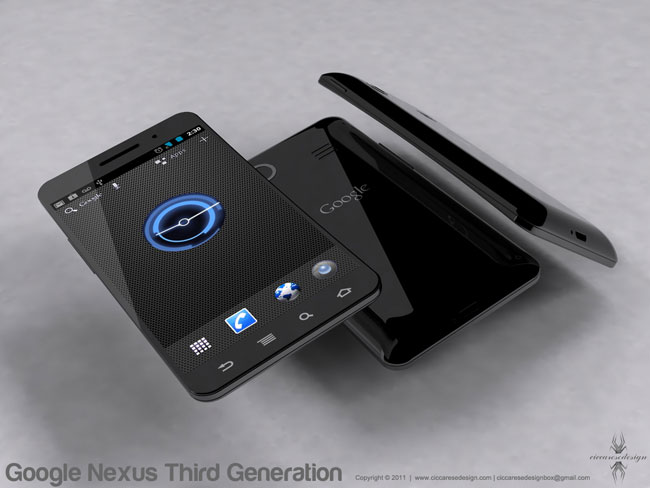 We have no idea if the Google Nexus Prime will look anything like these concept designs which were designed by the guys over at Ciccaresedesign, but we do know that it will come with Android Ice Cream Sandwich and it is expected to launch either this month or next month.