Google [GOOG] has finally released the car dock accessory for their Nexus One smartphone, which will let you mount your Nexus One on your cars windshield so you can use your Nexus One as a Sat Nav in your car. 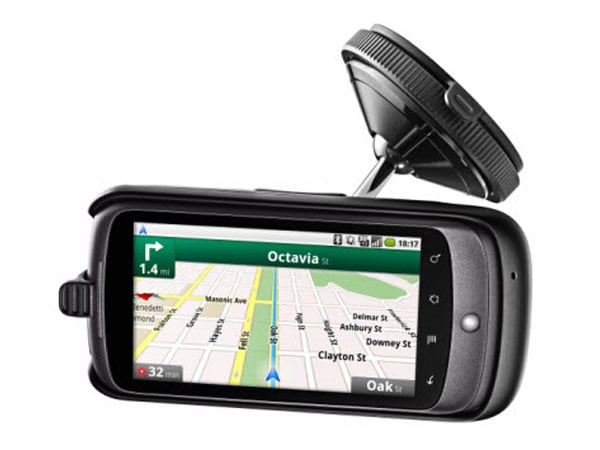 The Nexus One car dock will charge you Nexus One, and it also features built in speakers, plus volume controls, it can be mounted to either the windscreen or you cars dashboard.

The car dock for the Nexus One will be available shortly from Google for $55. Have a look and our article on Android vs iPhone to see which smartphone and mobile platform is best for you.