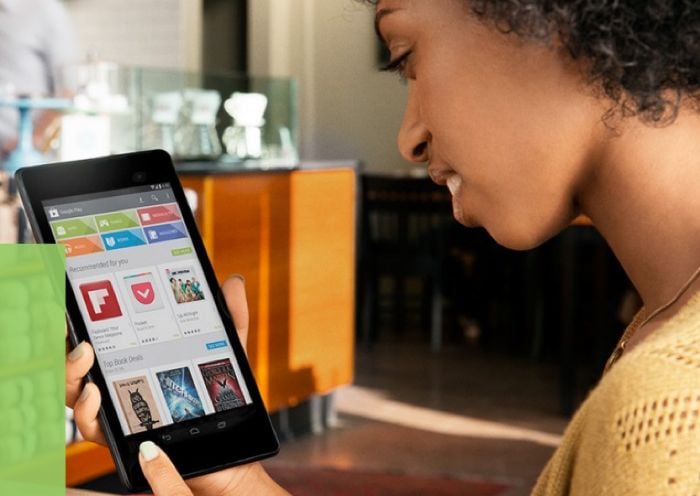 Back in March we heard that the new Google Nexus 8 tablet would be made by HTC, and the last thing we heard was that we can expect it to go on sale in June.

And now a new device with the codename ‘Flounder’ has been spotted by the guys over at the XDA Developers, the device is rumored to be the new HTC made Google Nexus 8.

As we heard previously, the Google Nexus 8 is rumored to come with an 8.9 inch display, as yet we are not exactly sure on what resolution it will come with, although t has been rumored to feature a QHD display with a resolution of 2560 x 1440 pixels.

We don’t exactly know what processor the new Google Nexus 8 tablet will be equipped with, it could possibly come with a quad core Snapdragon 801 mobile processor and 2GB of RAM.

The new Nexus 8 tablet is expected to retail for over $300 and would come with a price tag of either $399 or $399, as soon as we get some more details, we will let you guys know.