As well as a new 32GB Nexus 7 tablet, and the LG Nexus 4 smartphone, Google are also expected to launch a new larger Nexus 7 tablet with a 10 inch display, the Google Nexus 10.

Now it would appear that we have a video of the new Google Nexus 10, from the guys over at Brief Mobile, the video is short but we get a quick look  at what Google’s Nexus 10 tablet is like. 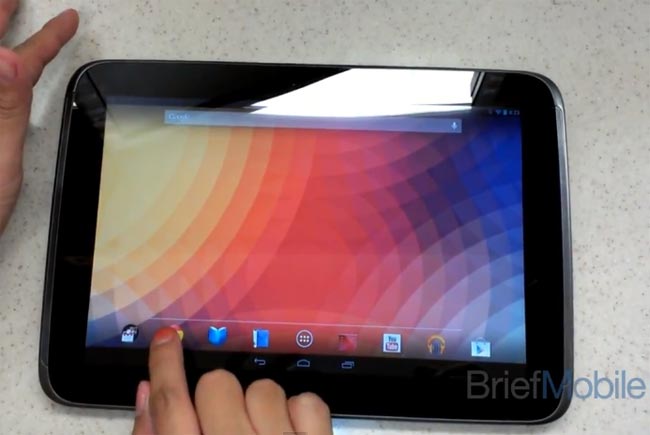 Last week we had the leaked Nexus 10 manual, and now this video, the Nexus 10 is rumored to feature a 10.1 inch display which may have a resolution of 2560 x 1600 pixels, as soon as we get some more information we will let you guys know.