Google will be launching a number of new devices at their Android event next week, which will include the new LG Nexus 4, and a 32GB Nexus 7 tablet, as well as a Nexus 7 tablet with 3G.

Another device we are expecting them to announce is a new larger Nexus tablet, the Google Nexus 10, and the device will be made by Samsung and will feature a 10 inch display, have a look at the photo below of a leaked manual cor the new Nexus 10. 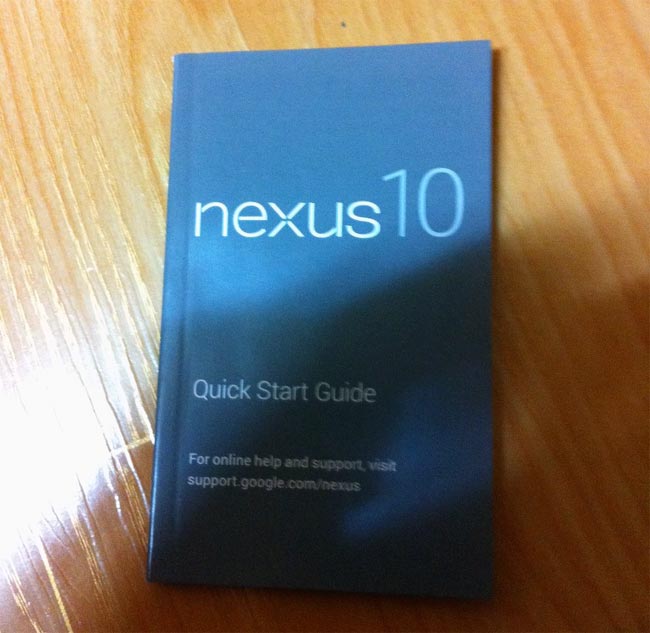 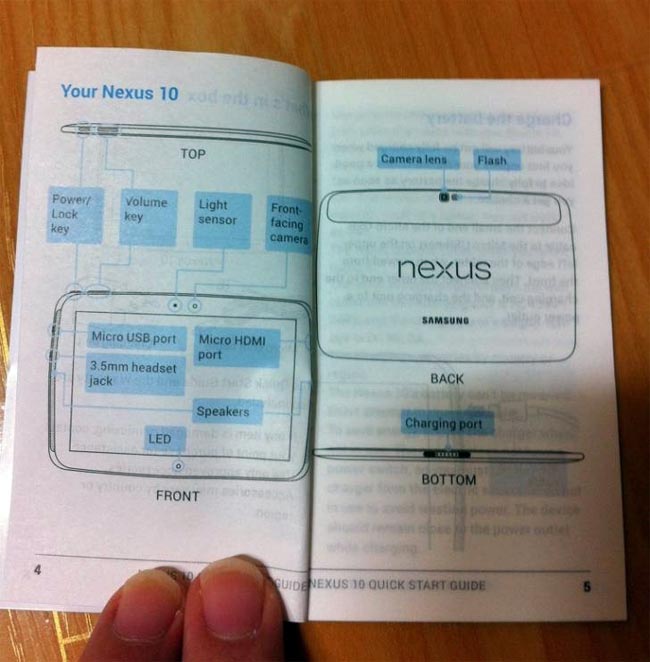 As yet we do not have much information on what specifications the Google Nexus 10 will come with, although the device is rumored to feature a 10.1 inch display which may have a resolution of 2560 x 1600 pixels, we should have full details next week.