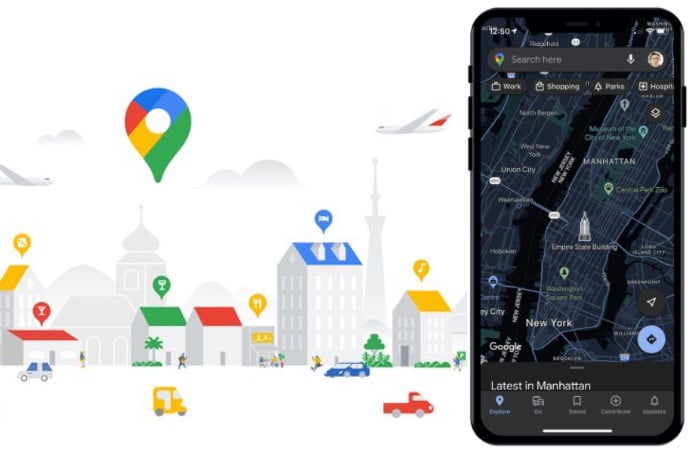 Google has rolled out a new update to its Google Maps iOS app with a number of new features designed to help you return to a little normality after the previous pandemic upheaval over the last 18 months. One feature included in Google Maps is the expansion of transit crowdedness predictions to over 10,000 cities in 100 countries.

“In New York and Sydney, we’re piloting the ability to see live crowdedness information right down to the transit car level. This feature is powered by data from agencies like Long Island Rail Road and Transport for New South Wales, with more cities coming soon. So how is transit crowdedness trending across the U.S.? New York City, Atlanta, San Francisco, Boston, and Washington D.C. lead the pack as some of the cities with the most crowded lines. Nationally, you’re most likely to get a seat at 9 a.m, whereas cars may be standing room only between 7-8 a.m. In the evening, leaving earlier than rush hour will up your chances of grabbing a seat, with lines being far less crowded at 3 p.m. than they are between 4-5 p.m.”

Together with a new Timeline Insights tab which is only visible by you. “After living through a global pandemic, people have told us that they want to be more intentional about how they spend their time ” says Google. Using the location history tracking of Google Maps iOS app you can see which modes of transportation you’ve used and the distance and time you’ve driven, flown, biked or walked, as well as how much time you’re spending at different places such as shops, airports, restaurants and more.

other new tweaks and enhancements have been made to the Google Maps iOS app to help support local businesses.

“We’re making it even easier to keep your community up to date and support local businesses with reviews. Now when you leave a review for a restaurant, you’ll see prompts to share useful information, such as price ranges or if you got takeout or delivery. Best of all: You can answer with just a few quick taps. This is now live for all restaurants in the U.S. on Android and is rolling out to iOS, with more categories and countries on the way.”