It seems like Google [GOOG] is getting ready to take on Apple’s new iPad with a tablet of their own, according to the New York Times.

The NYT are reporting that Google’s CEO Eric Schmidt told friends at a recent party in Los Angeles, about a new tablet computer that they are working on, that will run on their Android OS. 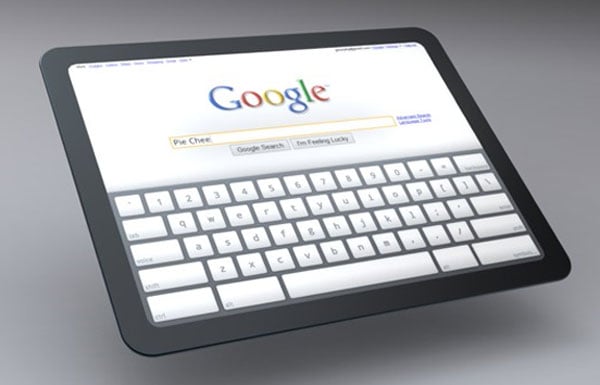 There are no details as yet on what sort of specifications a Google branded Android tablet would have, although we suspect that the specifications could be similar to that of the iPad or the HP Slate.

Google may have a good chance at taking on Apple, as the iPad is a fairly new product, and if they can get their new tablet released quickly, it will appeal to the growing number of Android fans out there. Have a look and our article on Android vs iPhone to see which smartphone and mobile platform is best for you.