Google Voice Actions lets an android user speak virtually any command into their smartphone, the results then appear on the screen, and this new feature is built into any smartphones which will run Android 2.2 (Froyo). 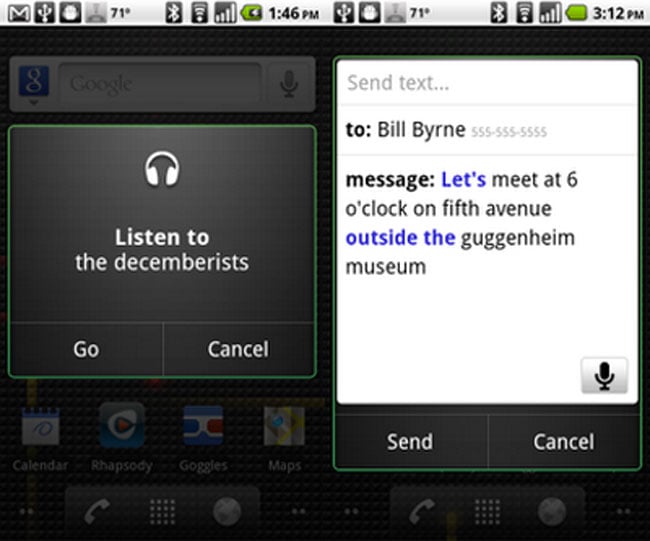 Even though our phones do all these new things, the most natural way of interacting with a phone remains what it always has been: speaking. And to that end, we’re pleased to introduce Voice Actions for Android. Voice Actions are a series of spoken commands that let you control your phone using your voice. Call businesses and contacts, send texts and email, listen to music, browse the web, and complete common tasks, all just by speaking into your phone.

Have a look at the video below which explains Voice Actions in more details. Have a look and our article on Android vs iPhone to see which smartphone and mobile platform is best for you.