Google has this week launched a new features on its Google Maps service that allows users to now view photo tours of specific places worldwide.Google photo tours are now available for more than 15,000 popular sites around the world, from famous landmarks such as St. Mark’s Basilica in Italy to scenic treasures like Half Dome in Yosemite. 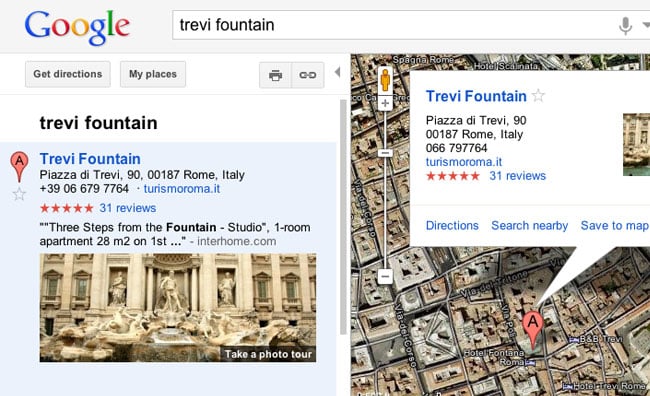 To create the photo tours Google has used a number of advanced computer vision techniques to create a 3D experience from public, user-contributed Picasa and Panaromio photos. Google explains:

“We start by finding clusters of overlapping photos around major landmarks. From the photos, our system derives the 3D shape of each landmark and computes the location and orientation of each photo. Google Maps then selects a path through the best images, and adds 3D transitions to seamlessly guide you from photo to photo as if you’re literally flying around the landmark and viewing it from different perspectives.”

To access the new photo tours within Google Maps, check the results in the left panel to see if it indicates there is a photo tour available. Alternatively Google says, “if you’re browsing the map and click on the label for a particular landmark, the info window that appears will indicate if a photo tour is available.”