Attendees of this years Google I/O 2013 event running from May 15-17th, might be surprised to learn that sensors will be tracking their ever move during the two day conference.

During the Google I/O 2013 event Google will be collecting more than 4,000 continuous data streams, and after the conference all data, along with the devices and code used for the project, will be made available to the public. 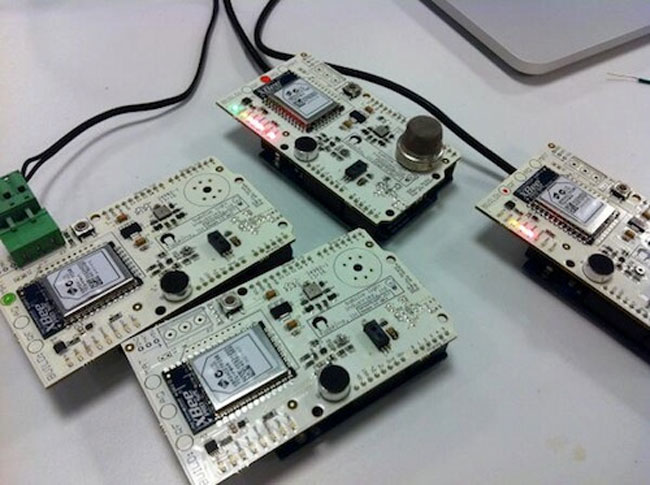 “After last year’s Google I/O conference, the Google Cloud Platform Developer Relations team started to think about how attendees experienced the event. We wanted to help attendees gain more insight about the conference space and the environment itself. Which developer Sandboxes were the busiest? Which were the loudest locations, and which were the best places to take a quick nap? We think about data problems all the time, and this looked like an interesting big data challenge that we could try to solve. So this year, we decided to try to answer our questions with a project that’s a bit different, kind of futuristic, and maybe a little crazy.

Since we love open source hardware hacking as much as we love to share open source code, we decided to team up with the O’Reilly Data Sensing Lab to deploy hundreds of Arduino-based environmental sensors at Google I/O 2013. Using software built with the Google Cloud Platform, we’ll be collecting and visualizing ambient data about the conference, such as temperature, humidity, air quality, in real time! Altogether, the sensors network will provide over 4,000 continuous data streams over a ZigBee mesh network managed by Device Cloud by Etherios.”

For more information on the new tracking taking part at this years Google I/O 2013 event jump over to the Google Developers Blog website for details.