Google has released a new update to its Google Earth for Android app taking it to version 7.0. The latest update brings with it the new 3D imagery that Google unveiled a few weeks ago.

The awesome 3D imagery is now available for a limited number of cities worldwide, but Google hopes to keep rolling out new addition over the coming months. 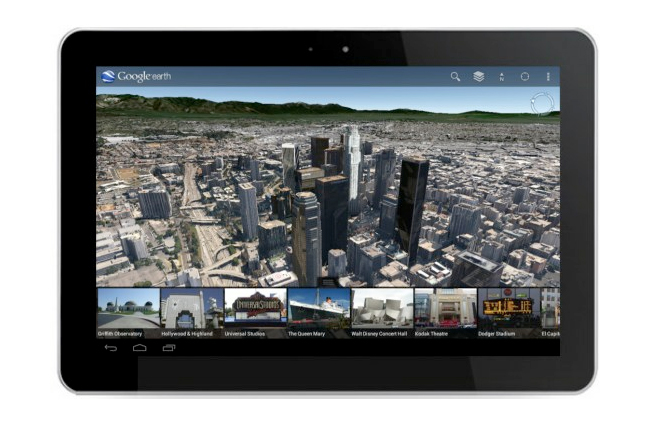 Whilst flying over the cities the 3D imagery is very impressive, however once you go down to street leave the quality is a little rougher, but its expected to improve over time as Google improves the resolution. Google has also added a new guided tour features that allows you to view a cities more popular destinations in glorious 3D.