All you Google Currents subscription will be automatically transferred to Google Play Newsstand, and once you do it, it will disable itself and you’ll no longer find it in the app drawer on your Android device. So, if you’ve already update, it’s better for you to uninstall it as its not going to work any more. 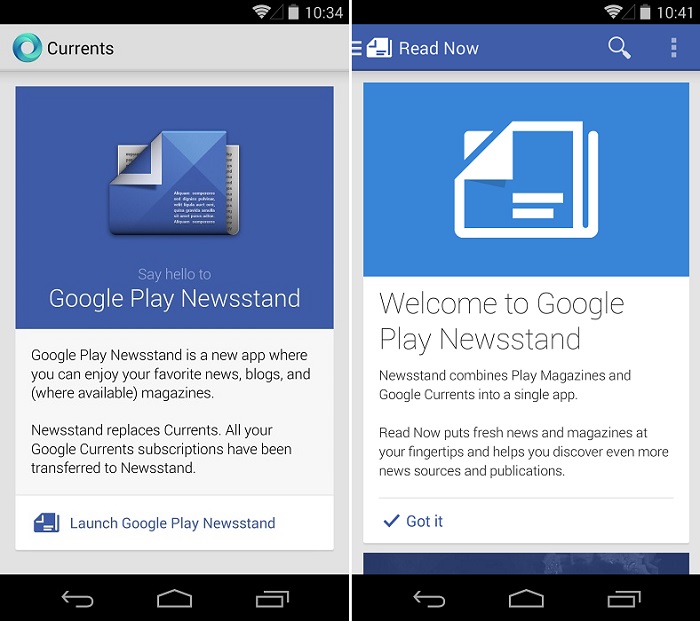 The update doesn’t bring anything at all, and serves one purpose only: direct users to Google Play Newsstand and make them install it if they want to. If you’re happy with currents and don’t want to make a switch, don’t update the app to the latest version.

After transitioning to Google Play Newsstand, you won’t even find the “Open” button in the Google Play Store. It even erases all the data it has stored on your device after the migration is complete.

Well, if you ask me, it’s better to move to Google Play Newsstand for your news hunger as there’s no word how long will the previous version work.